Why America Is the Land of Great Smiles

All around the world, Americans are known for their smiles. Not only are we known to smile more than people from most other countries, we’re also known to have the brightest, most beautiful smiles. But how did this happen? Here’s a short summary on how America became the land of great smiles as well as the Land of Opportunity. 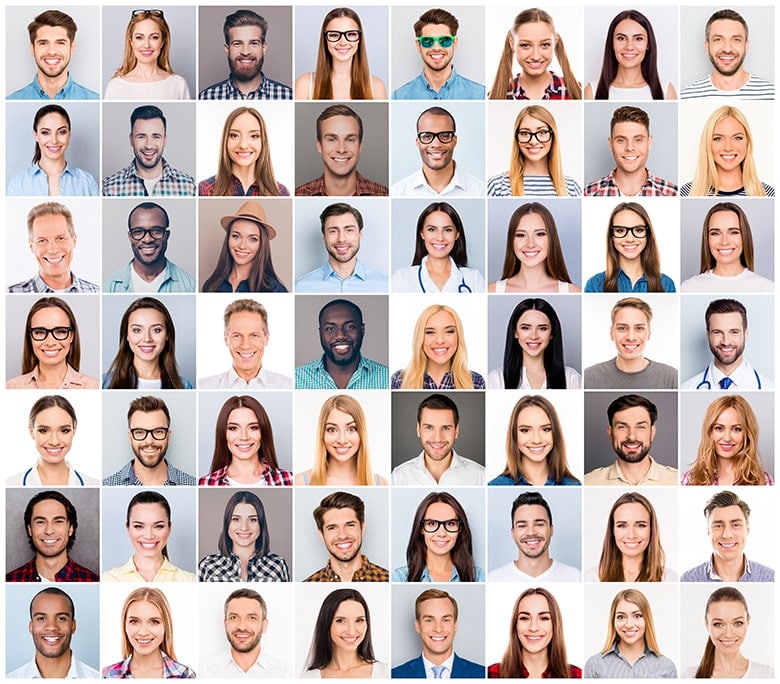 Origins of the American Smile

Americans come from all over the world, so how is it that we ended up with greater smiles than the sum of our parts? Well, there are many potential explanations.

One of the most basic is that we smile so much precisely because we came from all over the world. It turns out that in areas where there are many people from diverse backgrounds, individuals are more likely to smile a lot. It’s felt that the universal, nonverbal communication can help people live and work together when they may not share as much common cultural background or even a common language.

There are other immigrant nations, but America’s smile received an unusual boost in the combination of advertising and photography during the early 20th century. As the land of conspicuous consumption, America also became the place where advertising took off fastest to reflect the trends of the 20th century. One of the biggest trends was publications turning more visual. This included more art at first. Advertisers wanted to associate their products with making people happy, which, eventually, came to include pictures of people smiling. This wasn’t intuitively obvious to people of the late 19th and early 20th century–they associated smiling with pictures of madmen. But gradually the idea that it was okay–even good–to smile became dissimilated through advertising.

Photography was changing dramatically in America at the same time as advertising was changing our norms about smiles. To distinguish the new photograph from the old daguerreotype, advertisers played up what it could do differently. Daguerreotype images had long exposure times (up to 90 seconds) and were expensive, so few people had many pictures taken and they chose a stern expression to be better remembered for posterity. With cheap, instant pictures, people wanted to show off their smiles to make it different from the old pictures. (Similar to the duck lips trend that came up when selfies first became popular.)

Hollywood Brings Our Smile to the World

With smiles becoming more popular among Americans, Hollywood used smiles to make its movies and its stars more popular with the audience. The smile became the essential expression of the movie star, an expression that was mass-marketed not only through the films themselves, but through dozens, even hundreds, of dedicated fan magazines that featured pictures of Americans’ favorite film stars, smiling and suitable for cutting out and pinning up.

It’s worth noting that many of these smiles were manufactured. Even as Americans were putting more emphasis on their smiles, the country was suffering a dental health crisis, with most people suffering severe decay, and many people losing their teeth at what we would consider a very young age. So along with Hollywood’s elaborate sets and makeup, the film industry began crafting smiles to help its stars look their best on screen. Clark Gable famously had to be fitted with dentures before his rugged masculinity became palatable to studio execs and audiences. Judy Garland’s smile had gaps that were closed with slip-on veneers. Even little Shirley Temple used fake teeth to conceal when she was losing her baby teeth and getting adult teeth in.

Seeing these Hollywood smiles on screen every week made Americans long for their own beautiful smiles, which would drive the innovations of cosmetic dentistry.

Americans Smile More Than Ever

The exact reasons for this aren’t clear, but it’s likely a self-reinforcing trend. As people see others smile, they become more likely to smile themselves, with larger and larger smiles gradually becoming the norm.

The Hollywood innovators that gave the stars their smiles were just the beginning of the amazing technologies and arts that would be developed for cosmetic dentistry in the US. Once people realized that they, too, could have beautiful smiles like their favorite stars, they began to demand it more and more.

There was a problem, though. The original materials used for Hollywood smiles were often inappropriate for everyday use. They were fragile and didn’t stand up to daily stresses. These materials were improved dramatically, making them much stronger, although in some cases this meant a sacrifice in attractiveness.

Recently, new materials have been developed for cosmetic dentistry, which means that people no longer have to choose between beautiful restorations and durable ones. Now they can get both.

With this long standing tradition and the amazing innovations of recent years, modern American cosmetic dentists can offer their patients beautiful smiles unlike any available at any other time or place in the world.

Dental pioneers like Rod Strickland, DDS and Dr. Ryan M. Reeves, DDS know how to make beautiful smiles that last. And with the insights of neuromuscular dentistry, the smiles they make are designed to function comfortably without causing jaw or bite problems.

If you are looking for an American cosmetic dentist to give you the smile of your dreams, please call (912) 234-8282 today for an appointment at Beyond Exceptional Dentistry.