How Many Dental Implants Does It Take to Replace a Dental Bridge?

Dental bridges are a long-lasting way to replace one or more missing teeth. However, they are not usually lifetime restorations. And if a dental bridge fails, it’s often a good idea to replace it with dental implants, which can be better.

But how many implants does it take to replace a dental bridge? That depends.

Why Not Replace It with a New Bridge? 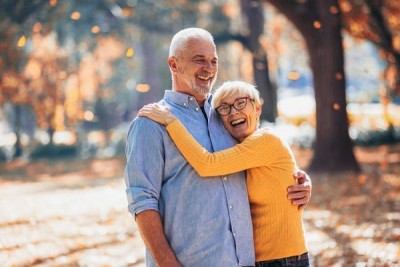 If you have a failing dental bridge, your first instinct might be to replace it with a new dental bridge. Especially if your previous bridge served you well, this can seem like the logical option. However, there are many reasons why we usually choose to replace a failed bridge with dental implants rather than a new bridge.

It’s also not a good idea to simply extend the bridge to cover the adjacent teeth. If the first bridge failed because the supporting teeth failed, it’s likely that this will happen with the new bridge. It may even happen faster because now you have more pressure being put on the supporting teeth. This creates a descending spiral for your teeth, leading to a series of larger and larger bridges that last a shorter and shorter period of time.

One of the benefits of dental implants is that they support themselves and don’t put neighboring teeth at risk.

But we also want to move to dental implants because they stimulate your jawbone. A dental bridge spans over the gap in  your teeth, which means that the bone in the gap gets removed by your body, which perceives it as having no function now that the teeth are gone.

How Many Implants Will It Take?

When we choose to replace your bridge with dental implants, we have to be guided by the condition of your teeth and jaw. In some cases, we can remove the old bridge, put crowns on the supporting teeth, and use just one implant to replace the old bridge.

Usually, though, we opt to replace the dental bridge with two implants. Most bridges are three units: one false tooth supported by two natural teeth. To replace the bridge, we put implants where the supporting teeth were, and these implants now support a new bridge.

Sometimes, though, we might need more implants if you have an unusually long bridge or if you have poor oral health that means we have to replace more than just the old bridge.

However, we can usually replace an entire arch of teeth with just four dental implants, so it’s rarely necessary to use more than that to replace a dental bridge.

How Many Implants Do You Need?

Now that you understand the basic factors and limitations that go into our decision to replace dental bridges with implants, it’s time to understand how these principles apply to your specific situation. We can only do that with a personal consultation.

To get a personal consultation at Beyond Exceptional Dentistry, please call (912) 234-8282 today for an appointment with one of our Savannah implant dentists.