To limit migraine frequency, physicians urge patients in Savannah to identify potential triggers. Unfortunately, new research suggests that this strategy may not be as sound as once thought.

Are Triggers to Blame? 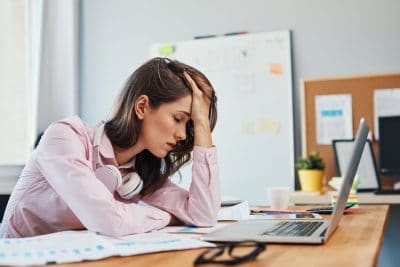 While they aren’t exactly sure why people get migraines, medical experts have long believed that specific triggers can help bring them on. More often than not, triggers vary from person to person. For some, eating chocolate might result in migraine occurrence; for others, intense exercise could prove catalytic.

To evaluate the role of triggers in migraine occurrence, a group of scientists recruited 27 migraine sufferers who reported that bright lights or exercise triggered their migraines. Researchers exposed these migraineurs to both exercise and bright lights in an attempt to provoke migraines. In the end, however, they were surprised to find that only 3 (11 percent) actually experienced a migraine attack with aura. All were triggered by exercise.

Why the Low Response?

While this study seems to suggest that triggers don’t necessarily play such a big role in promoting migraine occurrence, researchers aren’t so sure. According to them, to prompt a migraine, triggers may require certain pre-existing physical states, such as depression, anxiety, and hormonal imbalances. Whatever the case, this study clearly demonstrates just how difficult it can be for migraine sufferers in Savannah to identify and avoid potential triggers.

Note that while light and exercise are both on this list, exercise is among the least common migraine triggers. While nearly 80% of migraine sufferers report that stress triggers their headaches, only about 22% say that exercise triggers their migraines.

Adding to the Confusion

Researchers point out that additional confusion may arise when a perceived trigger could actually be part of the migraine attack. For example, some people with migraines experience a prodrome of low mood, which might include cravings for comfort food, such as chocolate. When the migraine attack comes following the prodrome, people might believe that chocolate caused their migraine, when in fact, it had nothing to do with the attack.

The problem with this is that many people give up things that they think are migraine triggers. They make a sacrifice of something they enjoy, hoping to experience fewer migraines. However, since the thing they give up might not actually be a migraine trigger at all, they are just giving up joy and continue to experience as many migraines as ever.

At Beyond Exceptional Dentistry in Savannah, we want to help patients experience true migraine relief without unnecessarily giving up the things they love.

Temporomandibular joint disorders (called TMJ or TMD) is another potential migraine trigger, though one that often goes overlooked in Savannah. One key step in the triggering of migraines is the activation of the trigeminovascular pathway (TVP). This is when stimulation from the trigeminal nerve may lead to the expansion of blood vessels in the brain. This puts pressure on the brain, which causes pain. It’s not clear whether this is the true mechanism of migraine pain or if it’s the only one. However, what is clear is that the trigeminal nerve is a key location for triggering migraines.

Therefore, TMJ treatment can reduce the frequency and severity of migraine attacks. People can experience migraine relief without giving up foods, drinks, or activities that they enjoy. Relief also comes without taking medications. TMJ treatment is typically drug-free.

If you experience jaw popping, jaw pain, tinnitus, facial tenderness, or other TMJ symptoms in addition to migraines or other severe headaches, you may have temporomandibular joint disorders. After a thorough evaluation, Savannah TMJ dentists Dr. Strickland and Dr. Reeves can give you an accurate diagnosis. If they determine that TMD is causing your problem, they can provide a targeted treatment plan that will eliminate each and every one of your symptoms. To learn more, call (912) 234-8282 or contact us today for an appointment at Beyond Exceptional Dentistry, located in the Victorian District of Savannah.