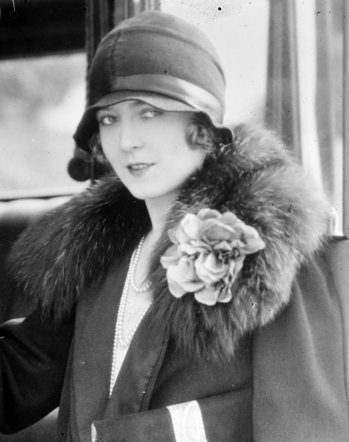 Last week we were talking about the use of the words “smile,” and “lips,” and noted that around 1900, all of a sudden it seemed that people became very interested in the concept of the smile (see graph 2 from last week). But what caused this interest? Why were people suddenly interested in smiling?

One possible explanation is dentistry. In the United States, at least, dentistry had been professionalized in the latter half of the 19th century, with the first dental school founded in 1840 and the American Dental Association being founded in 1859. By the end of the 19th century, dentists were becoming a more reputable, skilled, and knowledgeable lot, and they produced better results. By saving their smiles, people were less likely to need the admittedly still crude dentures of the day, and may have been more confident in their smiles.

Although merchants have always advertised their wares, by the end of the 19th century, advertising was changing. With the invention of large-scale manufacturing and food processing, a company could produce so many goods that it had to work harder to find a market for them all. This meant that advertising became something more than just informing potential consumers about the existence of your product, it came to be about brand and about establishing positive emotions with your brand. This probably led to an increase in the number of admonitions for people to “smile.”

Another reason for our sudden interest in smiling is that photography was changing. Throughout the 19th century the main photographic method was the daguerreotype, which took a long time (up to 90 seconds) to expose and was expensive. Many people had their picture taken only once or twice in their life, so they treated it as a solemn occasion and didn’t want to look foolish. Consider the words of Mark Twain about smiling for the camera, “A photograph is a most important document, and there is nothing more damning to go down to posterity than a silly, foolish smile caught and fixed forever.”

However, around 1900 the world of photography was changing. In 1888 George Eastman’s Kodak camera went on the market. Not only were exposure times practically instant, this was a camera that people could use on their own to take hundreds of pictures. Suddenly, people’s attitude toward photography changed. They wanted to be seen doing things that made them happy, and they wanted to smile in their pictures.

Kodak reflected this in its advertising, as the images changed to include more and  more smiling people.

Are You Comfortable Smiling for the Camera?

With the assumption that people will smile for pictures, people unhappy with their smiles have spent decades dodging the camera. But digital cameras have made photography ubiquitous–you can’t go anywhere without having your picture taken, which means that if you’re unhappy with your smile, you may be uncomfortable every day.

Be grateful, however, because cosmetic dentistry has a solution for every smile problem. From porcelain veneers for discolored, gapped, poorly formed, or short teeth, to dental implants if your smile is missing a few pearly whites, we can give you a complete smile makeover.

To learn more about how your smile can be improved, please contact Beyond Exceptional Dentistry in Savannah, Georgia today.